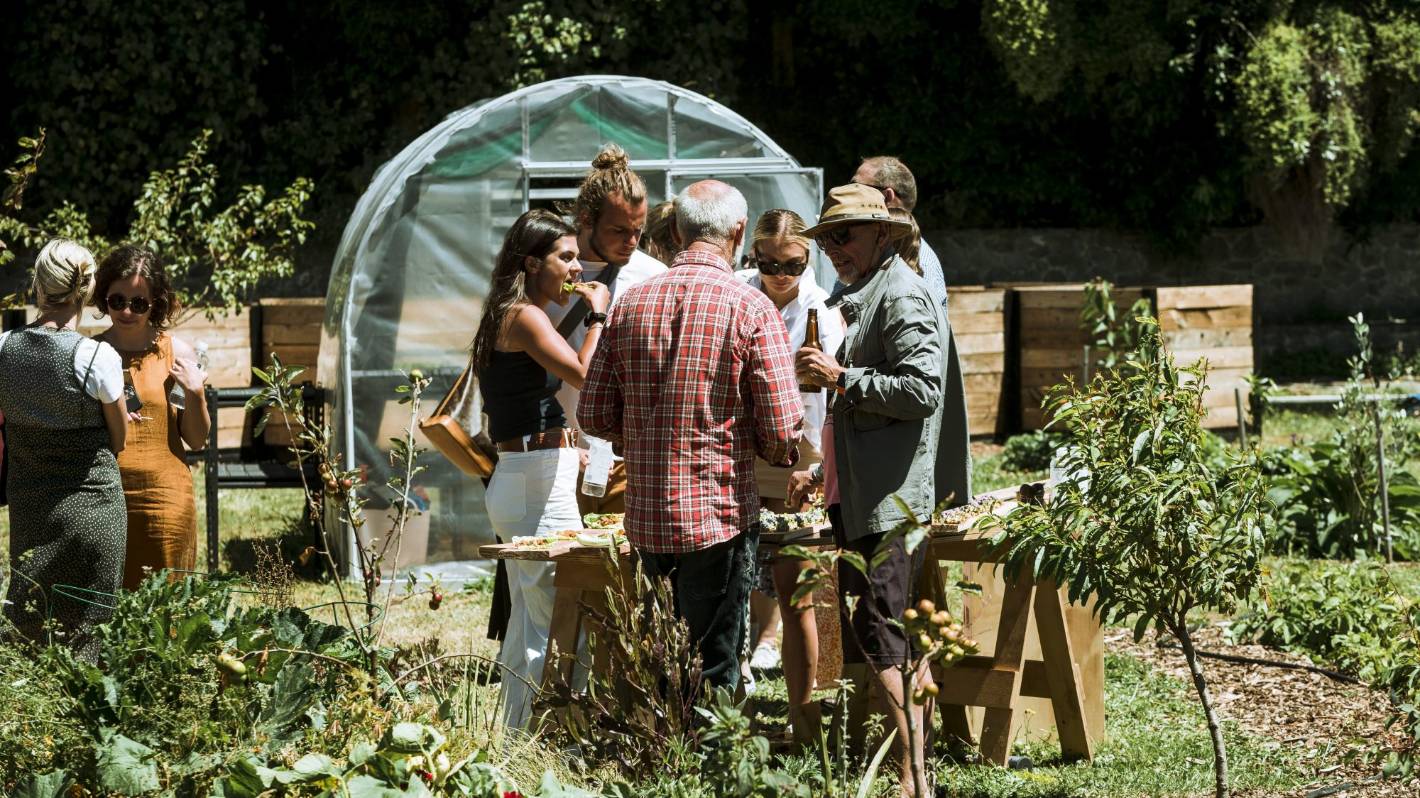 Chocolate, an old bowling green, and compost seem like an unlikely combination, but a new partnership between Social Enterprise For the Better Good and chocolate maker Whittaker’s is creating a new synergy with sustainability at heart.

Specially packaged peanut plates in compostable plant-based packaging were offered for sale from Monday as part of an eight-week trial in Wellington and Porirua.

Plate eaters are asked to put their used packaging in a special collection box in the retail store, which is then taken to the municipal microfarm For the Better Good’s Edible Earth in Cannon’s Creek for composting.

This compost is then used to feed an organic garden in the old Porirua bowling club. He supplies fresh fruits and vegetables for the Porirua charity WELLFed, which in turn helps feed the local community.

Holly Whittaker, Whittaker’s co-chief operating officer, said it was important for the company to bring a compostable product to market that has the infrastructure to support its regeneration.

It turned out that the infrastructure was only a five-minute drive from the factory in Elsdon.

Jayden Klinac, the founder of Better Bottle, a mineral water product that comes in a compostable plant-based bottle and founder of the social enterprise, said it made sense to expand the farm’s composting capacity to serve other companies like Whittaker’s.

“The point now is to divert more packaging from landfill or into the environment and move it to a place like Edible Earth’s farms, where it can be converted into soil and nutrients and organic food can be grown.

Jayden Klinac, Founder of For the Better Good, works on the handover of compost on the Edible Earth microfarm in Cannon’s Creek.

“We add all of that together. It takes about three months to go through from the lettuce leaf to the dark, rich compost at the end. Generally we add beneficial microbes to make sure the compost is really of high quality.

“We then take it out, let it mature, let the worms work through a bit and then basically it goes straight into the garden,” explained Klinac.

Some of Whittaker’s new peanut plates with compostable packaging.

Whittaker said it is hoped that success will roll out nationwide during the process.

“You want to compost as close as possible to the source of consumption. Edible Earth has micro-farms across the country, from Auckland to Queenstown.

“So they take care of the collection and composting directly to the local Edible Earth location, but we will of course continue to try to use this farm here [in Porirua].

“Everything is going well, we want to roll this out more fully as soon as possible. As part of a larger program, we need to update all of our packaging with sustainable materials by 2025,” said Whittaker.

Klinac said the company’s work is more than “just a really cool way to deal with waste”.

“Everything we do either sends more carbon into the atmosphere or puts it in the ground … when we can start making our decisions based on, ‘Does this take carbon out or bind it?’ We will definitely be on the right track, ”said Klinac.

The specially marked peanut platters will be available in New World supermarkets in Porirua, Kāpiti, Paremata, Thorndon and in the Porirua Pak’n’Save, Miter 10, BP, The Warehouse and Mobil branches.

Cultivator and Tiller Equipment Market To Show A Constructive Progress With...