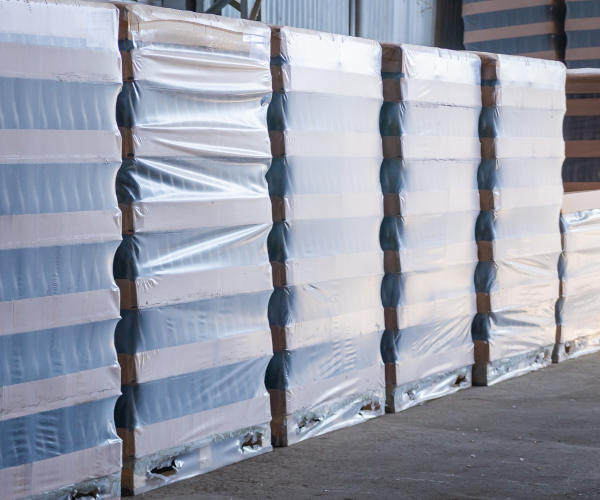 Cortec has developed a packaging shrink film that can be composted.

“EcoShrink takes into account both the beginning and the end of the life cycle of a shrink film product,” says Cortec. “It is sourced from certified, commercially compostable resins and contains 45% biopolymers. After use, it can be disposed of in a commercial composting environment. “

The company advises that it only composts in commercial facilities – it complies with ASTM D6400 for commercial composting – and does not compost in back gardens. Otherwise it is stable to storage and curbs and will remain intact until properly disposed of.

Both large and small objects can be wrapped – EcoShrink is available in thicknesses of 50 or 100 μm (as single-wound or center-folded film in widths of 457 or 914 mm). The rolls are packed individually or delivered in pallets packed in cradles.

“EcoShrink is a great way to keep dust, dirt, and moisture out of inventory while keeping the components in one streamlined package,” said Cortec. “The shrink film can be performed with a variety of standard shrink tools. Just measure the size of the device, determine how much film it will take to wrap it with enough overlap, and then shrink it as you normally would. “

The EcoShrink product page can be found here