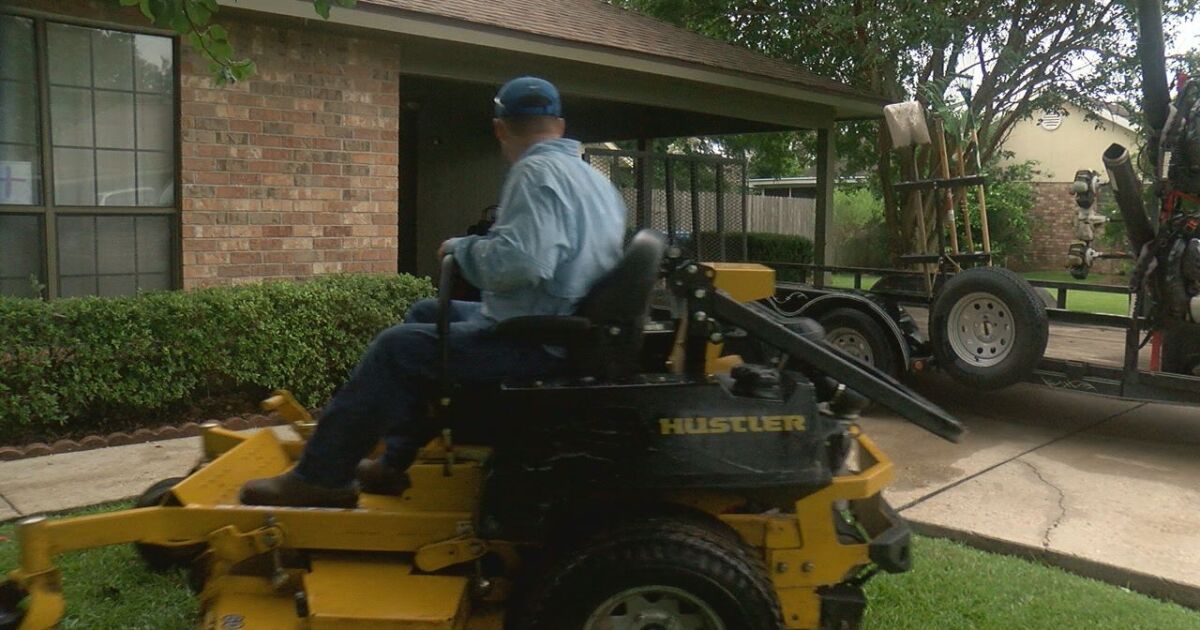 LAFAYETTE – If you feel like things can’t dry up, you are certainly not alone. Since May 1st, Lafayette has seen nearly 32 inches of rain. The annual average is 60 inches, which means we had half of our annual rainfall in about two months.

We asked several people who work outside for a living how the rain affects their work.

“Instead of 50-60 hour weeks, I work about 84,” said Kyle Duhon as he loaded his mowing equipment at the end of the day.

This season, Duhon is keeping pace with 120 yards, but the heavy rains seen in the area for the past five weeks are changing the way he does business.

“For my front yard we weed the whole thing instead of cutting it, which takes longer, but we were able to make it look great,” Duhon said.

He says when the grass is wet he and his team can’t use big mowers. This is because the weight of the mower creates ruts in the yard.

“None of the yards because we took a break is premature, which means pounding holes in the yards. It still doesn’t look that great with brown stains so let’s wash these off,” explained Duhon.

Other lawn care companies like Duhon’s say they are seeing an increase in customers. TJ Knight, owner of Mowed Better Lawn Service, tells KATC that they are working longer to mow more grass. Other companies KATC has spoken to, like Lafayette’s Lawn Doctor, say the rain made them physically ill.

“Our truck weighs about 20,000 pounds. Every bit of rain can soften the yard. We can get stuck. As much as it weighs, you won’t get another truck to get it out. We’re doing more damage to the farm than we should. “

However, despite the rain, these men are busy.

“I’ve never seen so much rain in my eleven years,” said Duhon.