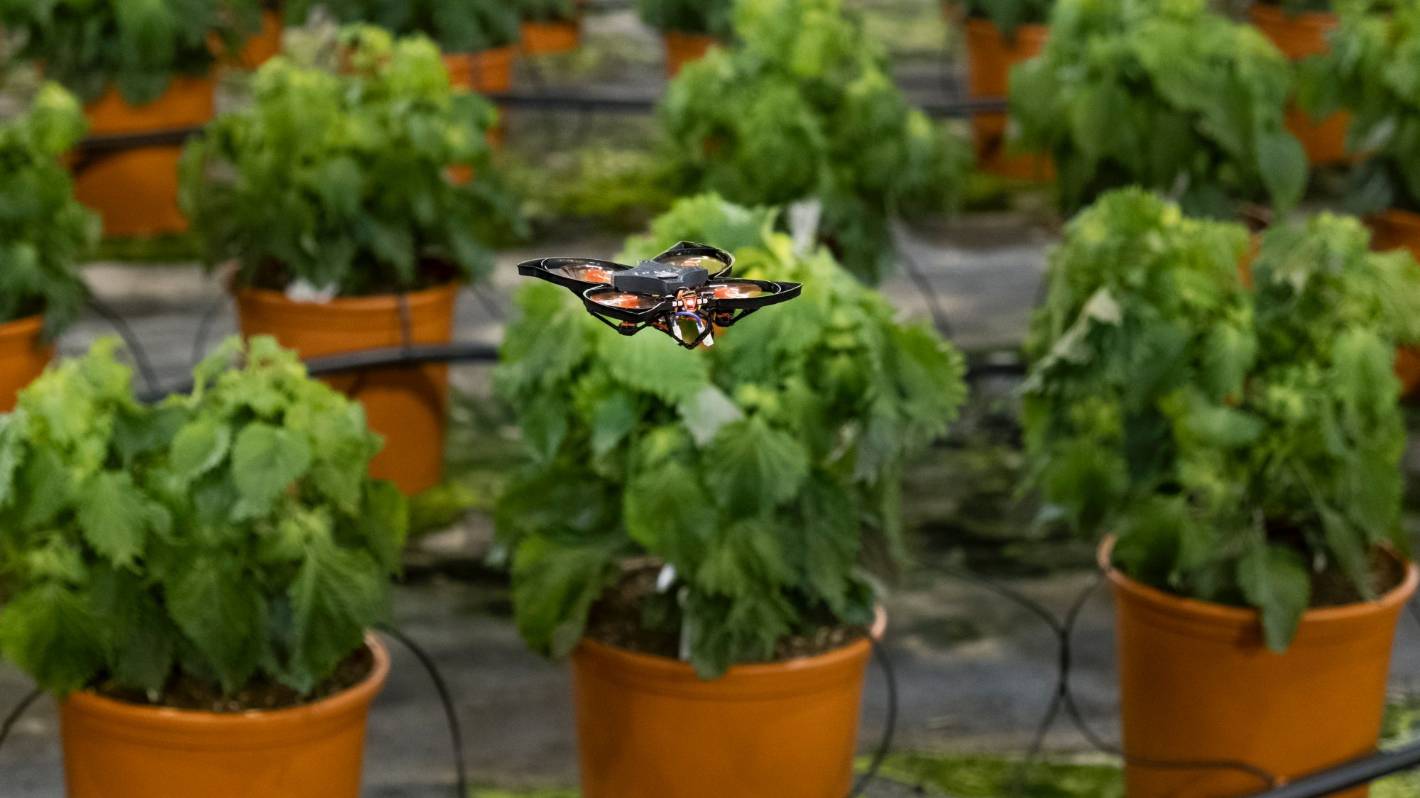 A Dutch startup uses drones to kill mid-air moths to protect valuable plants in greenhouses that have been damaged by caterpillars.

The Dutch cress grower Rob Baan has hired high-tech helpers to combat a pest in his greenhouses: Palm-sized drones search for and destroy moths that produce caterpillars that can chew his crops.

“I have unique products that don’t get you spray chemical certification, and I don’t want them,” Baan said in an interview in a greenhouse bathed in the pink glow of LED lights that encourage its seedlings to grow. His company Koppert Cress exports aromatic seedlings, plants and flowers to first class restaurants around the world.

An avid user of innovative technology in his greenhouses, Baan turned to PATS Indoor Drone Solutions, a startup developing autonomous drone systems as greenhouse keepers to add another layer of protection to its plants.

Rob Baan from Koppert Cress Nursery in a greenhouse lit by pink LED lights in Monster, the Netherlands.

The drones themselves are simple, but they are controlled by intelligent technology supported by special cameras that scan the airspace in greenhouses.

CONTINUE READING:
* Police use drones, which are at the center of international controversy
* The paraglider hit by a drone landed unharmed, but the situation could have been “another story”.
* Electricity can be transmitted through the air
* Environment Southland’s emission reduction plans
* The moth that may come with eating instructions

The drones kill the moths instantly by flying into them and destroying them in the air.

“This is how it sees the moth fly by, it knows where the drone is … and then it just steers the drone towards the moth,” said Kevin van Hecke, PATS chief technical officer.

There were no moths on a recent The Associated Press visit to the greenhouse, but the company released a video recorded in a controlled environment showing a bug being instantly pulverized by a drone rotor.

The drones are part of a range of pest control systems in Baan’s greenhouses, which include other insects, pheromone traps, and bumblebees.

The drone system came from former students at the Technical University in Delft who came up with the idea after wondering whether drones could kill mosquitoes floating around their rooms at night.

According to Baan, the drone control system is smart enough to differentiate between good and bad living things.

“You don’t want to kill a ladybug because a ladybug is very helpful against aphids,” he said. “So you should kill the bad guys, not the good guys. And the good ones are sometimes very expensive – I pay at least 50 cents for a bumblebee, so I don’t want them to kill my bumblebees. “

The young company is still working to perfect the technology.

“I think they still need too many drones … but it will be manageable, it will be fewer,” he said. “I think maybe in the future they can do this greenhouse with 50 small drones and then it’s very beneficial.” ”