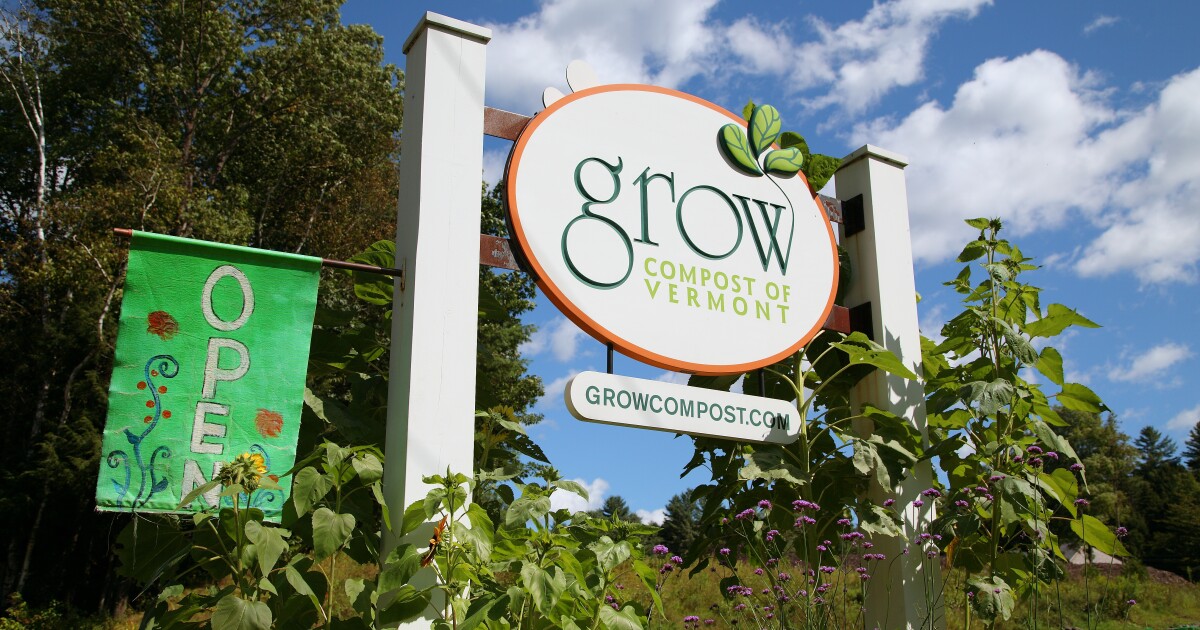 Casella Waste Systems, based in Rutland, is expanding its reach to the compost industry.

The disposal giant bought Grow Compost from Moretown on September 1st. No company wanted to announce the purchase price.

The acquisition could raise concerns about consolidation in Vermont’s burgeoning composting industry. Grow and Casella were the only two companies that provided compost transportation for most of the state, according to the Department of Environmental Conservation.

The deal gives Casella further control over an aspect of the Vermont waste stream that it was initially slow to adapt to. Since July 2020, Vermont has banned food scraps from landfills and, with a few exceptions, requires garbage trucks to provide a compost collection service to non-residential customers and larger rental units.

Casella, a $ 3.8 billion company that owns the state’s only landfill, tried to delay implementation of that law last spring, citing the challenges posed by the pandemic. They were ultimately unsuccessful.

Grow Compost, on the other hand, spent years preparing for the new law and investing in the infrastructure to collect organic waste from across the state.

“We have had these conversations with a lot of different companies for a long time, and this is what just came up.”

But Lisa Ransom, co-founder of Grow, said her quest to serve the entire state was beyond her capacity.

“It had to be the effort of a larger group of people, and we spent a long time talking to our colleagues and other carriers about how we were going to do it,” said Ransom. “We have had these conversations with a lot of different companies for a long time, and this is what just came up.”

For Casella, a publicly traded company with gross sales of over $ 774 million last year, the purchase is a direct response to Vermont’s composting mandate, according to the company’s vice president Joseph Fusco.

“This will enhance our ability to perform public policy mandates and provide the service Vermonters’ public policy requires,” said Fusco.

Fusco said all Grow employees will be offered jobs at Casella.

Ransom founded Grow Compost with her husband Scott Baughman in 2008. The couple ran a small farm but were struggling to find quality compost to grow their crops, so they decided to make their own compost, Ransom said. Soon they asked their neighbors to dump leftover food on their land.

The company grew from there to sell compost and mulch and haul leftover food across the state. At the time of its sale last week, Grow had five trucks and employed between eight and twelve people, Ransom said, with more than 500 accounts across Vermont, as well as parts of New Hampshire and New York.

“I just think it is possible for a company to own too much for the public to benefit from, and I think with Casella we are sure to get to that point.”

Casella already offers compost transportation, but his expansion with this acquisition gives him more control over the sector. That doesn’t go well with Paul Burns, the director of the Vermont Public Interest Research Group, consumer and environmental organization.

Casella completed five acquisitions earlier this year for total annual revenues of approximately $ 67 million, according to the company’s earnings report for the second quarter.

Burns said Casella’s continued expansion could be bad for consumers.

“I just think it’s possible for a company to own too much for the public to benefit from, and I think with Casella we certainly got to that point,” said Burns.

Fusco brushed these concerns aside. He said Casella has a 20 year history of working with organics and is not against composting, and he argued that acquiring Grow will not stifle competition.

“I don’t think there are any barriers to people starting a compost collecting or processing business,” he said. “That’s why we encourage entrepreneurs of all stripes to start the kind of business we are in.”

“I don’t think there are any barriers for people starting a compost collection or processing company.”

When it comes to ransomware, she has many other responsibilities: she is the vicar in the Episcopal Diocese and she is also the director of the Church’s Mission Farm in Killington. She hopes that Grow Compost will have a lasting effect.

“We just feel like Vermonter has been successful at all, if we’ve somehow helped shift the norm of how we all live on this earth,” said Ransom.

How Casella carries on that legacy will unfold in the coming months when the company takes control of the small business that Ransom and her husband started on their farm.

Disclosure: Casella is a VPR underwriter.