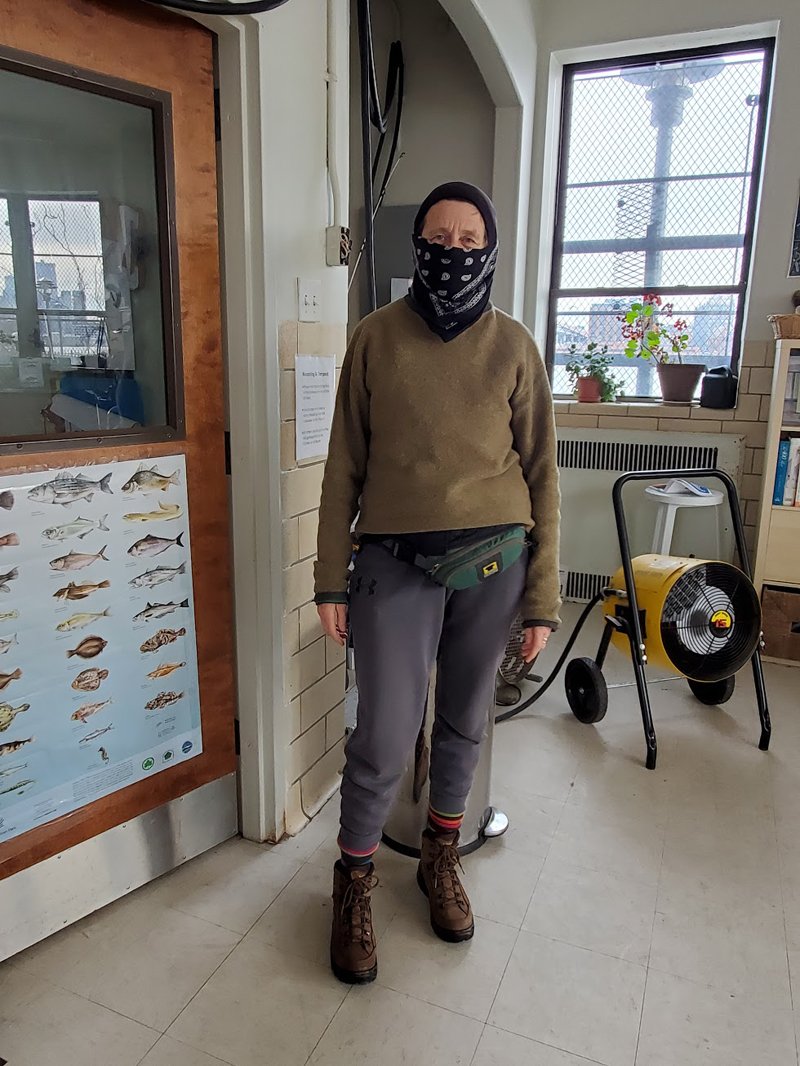 A few days a week, a brightly painted panel van can be seen weaving through the narrow streets of Lower Manhattan to pick up leftover food and take it to a compost yard in East River Park. When they arrive at the farm, Kellan Stanner goes through the freshly collected leftovers – half of a scooped watermelon, warped vegetable stalks, one-sided apple cores – and looks for something that cannot be composted.

After Stanner, who manages the composting operation at the Lower East Side Ecology Center (LESEC), decontaminates the pile, he mixes the fresh waste with wood chips to create just the right balance between “carbon and nitrogen” to replicate the natural decomposition process “, he says.

As the compost ripens, it passes through a series of swaths – piles of organic material that carefully rot with the help of bacteria and fungi. If everything goes as planned, in 8 to 12 months the waste will turn into nutrient-rich compost that will then be donated to the city’s parks, community groups and nearby gardens.

Christine Datz-Romero, co-founder of the Lower East Side Ecology Center.

But things might not go as planned. In fact, this hyper-local waste processing system may soon no longer have a home in the park. In October, the New York Park Authority asked LESEC to vacate its property, on which the composting company has been operating for two decades of its 30-year existence, in order to make way for the upcoming construction work in the park. According to a representative of the mayor’s office, construction should start in spring. The Department of Sanitation, the primary agency tasked with finding a new home for the compost yard, has not yet identified a feasible location.

Another composting facility is being pushed out across the East River in Queens. The parks department has decided not to renew the license of Big Reuse, which has operated a composting facility on half an acre under the Queensboro Bridge for a decade. Originally the eviction was scheduled for December 31, 2020, but after the pushback of the community this was postponed until June 30. The Department of Sanitation has also not yet secured a new location for Big Reuse.

“Unfortunately, we haven’t found suitable relocation locations yet, but we are working closely with the mayor’s office and other authorities to relocate LESEC and Big Reuse,” a representative from the Ministry of Hygiene told Civil Eats via email. “We communicate regularly with every non-profit organization about this search and work closely with both partners.” The representative noted that the Department of Sanitation has so far examined 50 alternative locations for both locations.

In January of this year, LESEC processed nearly 135,000 pounds of food waste, an increase from the roughly 80,000 pounds processed in January 2020.

Citing budget cuts due to COVID-19, New York City suspended its roadside composting program and bio-recycling program for schools last year. There are no set dates for the resumption of a service. “We are constantly assessing our tax situation,” said a representative from the mayor’s office in an email. The Department of Sanitation’s NYC Compost Project, the network that includes Big Reuse and LESEC and five other locations, has also been severely cut. As a result, the community’s composting facilities have taken up the city’s doldrums and are almost at full capacity. For example, LESEC processed nearly 135,000 pounds of food waste in January this year, an increase from the roughly 80,000 pounds processed in January 2020.

“We no longer had to focus on how to expand the collection and processing of organic produce, but instead struggled to save some sites that really hold the city’s composting program together and do heroic work for years – or in some cases, decades,” said Tok Michelle Oyewole, a policy and communications organizer for the New York Environmental Justice Alliance and a member of the coalition.

Now the evictions raise big questions about the future of food waste disposal in a city of 8 million that committed in 2015 not to landfill waste by 2030.

The legacy of the community composter

In the early 1970s, when New York was experiencing a financial crisis, vacant lots – often the result of foreclosures – were commonplace. Members of the nonprofit group Green Guerrillas dropped seed bombs on the fences of these properties and began tending gardens. “This move not only beautified formerly vacant lots, but soon became a basic program that encouraged neighborhood participation,” states the New York City Parks Department website.

Community composters like Big Reuse and LESEC are an extension of that legacy in many ways. The location that Big Reuse is currently occupying was once full of rubbish. “It had crouched down [on] by a private contractor for years, probably a decade, and they filled it with rubble and old machinery, ”said Justin Green, the site’s founder and managing director.

As the first community-level composter in New York City, LESEC showed how it is possible to create an educational, sustainable waste system in a city.

Now that New York is experiencing another financial crisis akin to the 1970s, the question remains whether community composting can continue to build a legacy in New York City parks, or whether its long roots will be trimmed.

“We’re nearing a point where New Yorkers will no longer have the opportunity to recycle organic waste,” Councilor Antonio Reynoso said at a city council hearing in December to approve both evictions and composting of communities on parkland to treat. “Why are the actions of the park department not in line with the stated goals of the city? Why does the city say that recycling of organic waste is essential but then does not support the work of the municipal composter? “